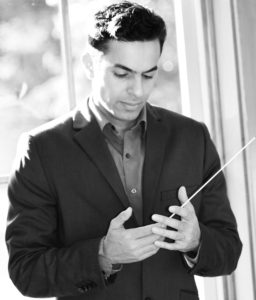 Described by the critics as “magician on the podium” (Performing Arts Monterey Bay), with “the ability to connect with invisible worlds and to bring them alive in the music” (Herald), Farkhad Khudyev, has been recognized by the government of the United States as an Artist of Extraordinary Ability.

Farkhad has performed around the United States, Europe and Asia at world-class venues and festivals including the Kennedy Center in Washington D.C., Emilia Romagna Festival in Italy, DR Koncerthuset in Denmark, Zhongshan Hall in Taiwan, Shaanxi Performing Center in China, the Alte Oper Frankfurt Großer Saal and the Mecklenburg-Vorpommern Festpiele in Germany. 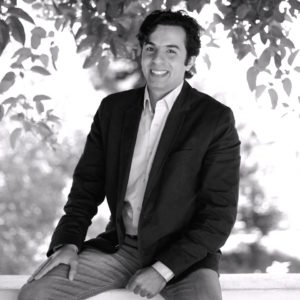 Farkhad Khudyev, of Azerbaijani descent, was born in Ashgabat, Turkmenistan, where he first studied violin, piano and composition at the State Music School for gifted musicians. At the age of 10, he distinguished himself as the youngest performer selected to play with the National Violin Ensemble of Turkmenistan, and toured around Central Asia and Eastern Europe. As a soloist and a member of the Ensemble, Farkhad performed for the Presidents of France, Ukraine, Russia, Turkey, Kazakhstan, Uzbekistan, and Turkmenistan. At the age of 12, he was chosen to represent the country at the International New Names Festival, sponsored by the Moscow Conservatory, and was named as one of the most promising young musicians at the festival.

In 2001, Farkhad came to the United States to study at Interlochen Arts Academy and then completed his Bachelor of Music degree at the Oberlin Conservatory. He received his Master’s degree in orchestral conducting from Yale University.

Mr. Khudyev resides in Austin, Texas, where he enjoys spending time with his Family and Nature.